The current worldwide trend of the transition to decarbonized energy sources and usages should be both regarded at the systems and components levels. At these, both levels, the energy efficiency aspect, and the usage of available cheap (economically and having the lower ecological impact) materials should be given high attention.

In this context, electricity is the best-suited vector of energy to meet the challenges of our societies. It allows an increase in energy efficiency and a reduction in polluting emissions.

Electric machines are one of the most important, if not the most important, components of electrical energy production and conversion process. They are present upstream and downstream from this process. Upstream, electric generators allow converting mechanical energy into electrical energy. They can be found in power plants, wind turbines, motor vehicles, and aircraft, etc. Downstream, the motors and electric actuators allow converting electrical energy into mechanical work. They can be found in our houses (washing machines, home automation equipment), in cars, in trains, in airplanes, where they are replacing more and more the hydraulic and pneumatic actuators, and production chains in factories, etc.

Within the different electric machines and actuators technologies, PM machines, and more particularly rare earth PM machines, are these which can reach higher performance in terms of torque and power densities. Nevertheless, the use of PM material is accompanied by some drawbacks as the availability and ecological cost of the rare earth materials, and the reduced flexibility of PM electric machines designs. Indeed, it is quite difficult to operate efficiently over a large operating range.

Hybrid excited synchronous machines are those which use two excitation flux sources: permanent magnets (PM) as well as field coil excitation source. The goal behind the association of both sources is to combine the advantages of both PM machines and wound field synchronous machines. The good performances of hybrid excitation machines, such as improved flux weakening capability and energy efficiency, is stimulating increased interest in their study. The hybrid excitation principle allows a wide variety of structures to be realized. Many criteria can then be chosen for the classification of HESMs. Classical criteria used for classification of other types of electric machines can be used; as an example:

Figure 1(a) shows an example of an axial flux HESM [2] and Figs. 1(b) and 1(c) show examples of HESMs with 2D and 3D structures respectively [1], [3]. 3D structures are in general more difficult to analyze and manufacture. Regarding the presence of two excitation flux sources in HESM, two criteria seem more specific for classification of these machines:

The first criterion is more linked to the flux control capability of double excitation machines. Since excitation flux created by excitation coils should pass through the permanent magnets, which have low relative permeability (μr ≈ 1), in series double excitation machines, the flux control capability of the series double excitation structures should be less efficient than that of the parallel double excitation structures [5]. The second criterion is more linked to ease of manufacture and operation of HESMs. Indeed, having both excitation sources (excitation coils and permanent magnets) located in the stator presents some advantages from manufacturing and operating point of views because they are fixed: it is far more easier to cool fixed parts; the presence of flux sources in the stator implies a completely passive rotor which means no need of a containment system and an improved high speed operating capability.

On the Use of HESM in Transportation Applications

In order to illustrate the advantages which could be gained by a larger utilization of HESMs in transportation electrification, two typical applications are discussed in this section: electric automotive vehicles and aircraft electric power generation.

The second example concerns the use of a flux switching HESM for aircrafts safe DC power generation [6]. In this solution, the hybrid excitation allows controlling the DC output voltage without requiring a controllable AC/DC converter. The ﬂux control capability allows the use of the more reliable diode bridge rectiﬁer and easier operation over a wide-speed-range. Fig. 3 shows a prototype built for that purpose. 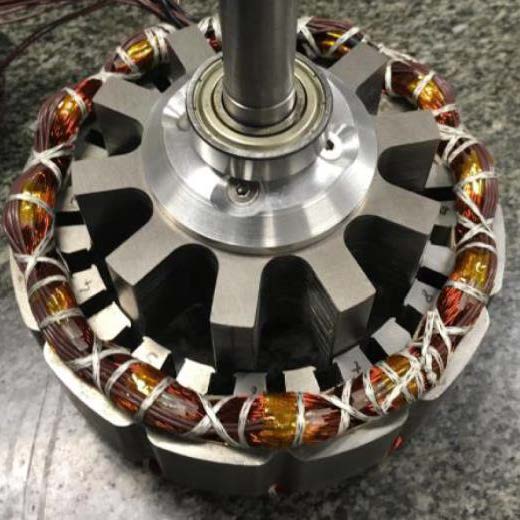 Fig. 3. Flux switching HESM (stator housing, PMs and armature windings are not present in this photo).

It is obvious regarding the growing penetration of electricity in transportation applications, where conventional combustion engines are still dominant, that the use of electric machines with additional degrees of freedom, such as HESMs, will also experience an important growth. Indeed, considering the number of pieces required for the construction of even the simplest combustion engine, the construction of even the much complex electric machine requires much less operations and simpler production lines.

Although the illustrating examples presented in the previous section are from an academic research laboratory, it is not possible to conclude this contribution without citing an industrial application of HESMs in transportation electrification: the stop-start system "i-StARS starter-alternator" [7].