The Surprising Things EV Drivers Are Saying About Their Cars

Will large numbers of customers eventually choose electric vehicles (EVs)? If so, when?

This is of keen interest not just to carmakers, but also to electric utilities.  Utilities, after all, will be responsible for powering most EVs once they leave the lot.  The extent and rate at which EVs appear in customer garages could impact utility finances and how utilities allocate resources for expenses such as distribution capital equipment.

That’s because most EV owners consume a lot of electricity to power their cars. For the 73 drivers in the Pecan Street Research Institute’s EV research trials, car charging is the largest or second largest source of electricity use (after HVAC) in every one of them. There isn’t a close third.

Fortunately, we don’t have to operate completely in the dark in assessing the range of likely EV adoption outcomes. “Diffusion of innovation” theory provides a well-developed framework for evaluating a new innovation’s prospects for adoption or rejection. The theory was developed most prominently by the late Everett Rogers and Frank Bass. Even if you haven’t heard of diffusion of innovation, you’re probably aware of key elements such as “early adopters”.

Drawing on this framework, Pecan Street has conducted an extensive research survey of its research trial participants to learn more about these EV drivers and their experiences with their cars. The survey team obtained responses from 68 of the participants (55 Volts, 11 Leafs, one Mitsubishi I-MiEV and one Tesla Model S). The results contain a number of surprises. In particular, EV drivers are emphasizing different things about their cars than what is emphasized in most media information or public official pronouncements.

To understand why that matters, it’s important to understand a little more about how new products spread – or do not spread – from a handful of early adopters to the mass market.

New innovations follow a common trajectory, whether they are anti-smoking campaigns, an agricultural extension service’s promotion of hybrid corn or sales of smartphones.  People rarely adopt new innovations en masse.  Rather, a first wave of people, typically labeled “innovators”, tries the new product.  Innovators make up about 2.5 percent of a relevant market, tend to have a strong interest in trying new technologies or ideas, and are the only customers willing to adopt an innovation based on scientific research or media information alone. [1]

The other 97.5 percent of the potential market, however, relies at least in part on the experiences reported by others who have already adopted the innovation.  The first wave among these customers is known as early adopters.  Early adopters constitute around 13.5 percent of the market.  This is the tranche where opinion leaders are concentrated.  Early adopters decide whether to try a new innovation based on a combination of media information and the reported experiences of innovators.  The next three waves of the market — early majority (34%), late majority (34%) and laggards (16%) — depend to increasing levels on their peers’ subjective experiences in deciding whether to adopt.  At somewhere between 10 to 20 percent adoption levels, interpersonal networks reach a critical mass, and the rate of adoption increases rapidly. [2]

In short, what people say about new products matters a great deal.

Participants’ top reasons for deciding to acquire an EV — perceived environmental benefit, saving money on gas and interest in new technologies — are not surprising.  The top questions EV drivers get from others — about driving range and whether the owner likes her/his car — also are unsurprising (and revealing).

Here is what is (arguably) surprising.  The features that drivers like most about their EVs are their EV’s power, speed and performance and how quiet the car is.  This certainly differs from the messages about EVs’ relative benefits that appear in many public and media pronouncements.

Above all, participants’ satisfaction with their electric vehicle — 98 percent are either very satisfied or somewhat satisfied — is high for a new innovation, and the reasons underlying this high satisfaction level auger well for EVs’ long-term prospects.  In my next column, I will explore what these survey results suggest about the potential for EVs. 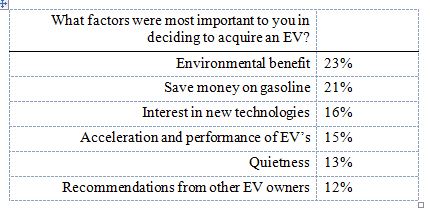 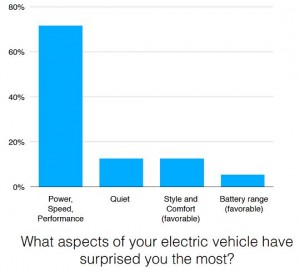 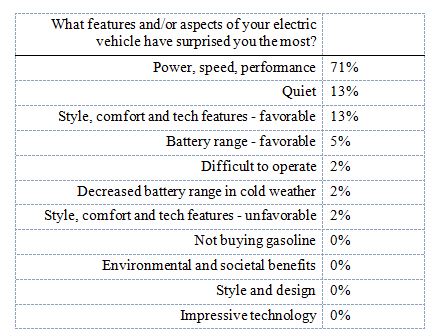 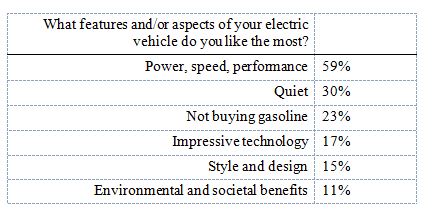 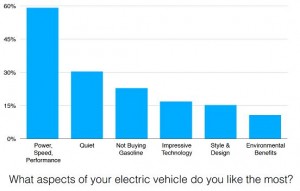 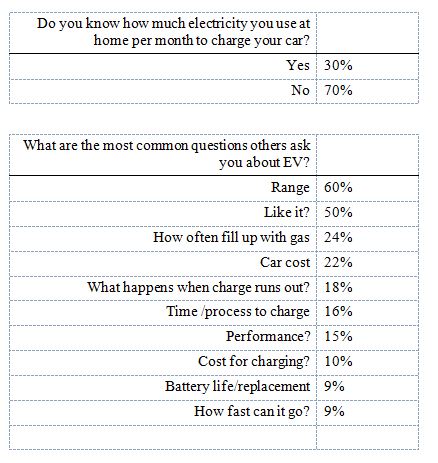 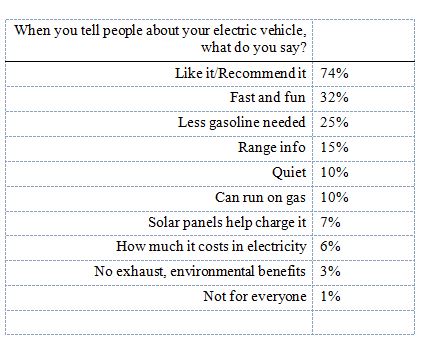 Brewster McCracken is President and CEO of the Pecan Street Research Institute and Pike Powers Laboratory and Center for Commercialization.

Headquartered at The University of Texas, the institute’s research focuses on electric and gas reliability and environmental and behavioral economics aspects of energy use. Mr. McCracken was one of three global smart grid project leaders invited by the government of Japan to present at the one-year anniversary conference for the reconstruction of Fukushima in March 2012. He is lead author of the institute’s research analysis comparing customer electricity use in green-built and non-green older homes, Data-driven Insights from the Nation’s Deepest Ever Research on Customer Energy Use, and he is the lead author of the institute’s forthcoming whitepaper characterizing diffusion of innovation categorization of electric vehicle owners participating in Pecan Street’s electric vehicle research (which includes the nation’s highest concentration of electric vehicles).

He was elected to two terms on the Austin City Council, serving in a city-wide at large position. Through his elected position, he founded and chaired the city council’s Emerging Technologies Committee, led the city’s collaboration with The University of Texas to establish technology incubators in bioscience and wireless technologies and served for six years as a board member of Austin Energy, the nation’s fourth largest municipally-owned utility.

Prior to holding elected office, he practiced commercial litigation for nearly a decade with two large international law firms. He is an honors graduate of Princeton University and The University of Texas School of Law, and he also holds a Masters in Public Affairs from UT’s Lyndon B. Johnson School of Public Affairs.