The global aviation industry emitted 781 million tons of CO2 in 2015 [1], a number which is expected to rise as air travel grows rapidly in emerging markets. Without the intervention of new policies, global aircraft emissions are projected to triple by 2050 [2]. NASA’s Advanced Air Transport Technology Project (AATT) has defined ambitious goals for the next three generations of aircraft for commercial aviation to ensure the industry is sustainable [3].  Table 1 outlines the main targets for the different timeframes, with technologies attaining a technology readiness level (TRL)  of 4-6.

These challenging goals require the development of disruptive technologies. One approach being explored uses electric/hybrid-electric propulsion. Studies show that commercial transport aircraft of the Boeing 777 class with a turboelectric distributed propulsion system (Figure 1) can reduce mission fuel burn by 70-72% from the baseline on an intercontinental mission of 7500 nm (13890 km) with a cruise speed of Mach 0.84 and a 118100 lb payload—without compromising payload, range or cruise speed [4]. This is accomplished with an electric propulsion system that decouples the power-producing parts from the thrust-producing parts. Fifteen electric-motor driven turbofans and two large turbo-generators are employed. 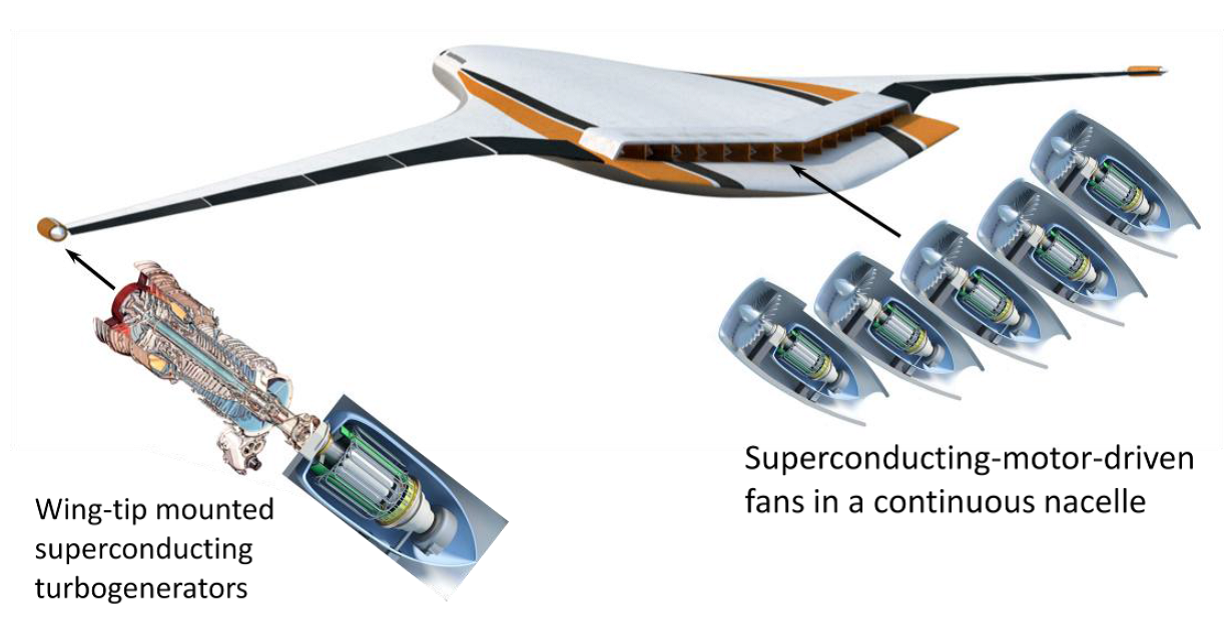 The industry is also considering other intermediate opportunities for inserting electrical propulsion technologies into airplanes. A recent study focused on a single-aisle turboelectric commercial transport with fuselage boundary-layer ingestion [5]. This airplane is designed for 154 passengers and a 3500 nautical-mile range, at a cruise speed of Mach 0.7. Compared to the baseline aircraft, it is projected to achieve a 7% fuel reduction for a 900 nm mission and a 12% fuel reduction for a 3500 nm mission. The plan calls for a 2.6 MW motor fed from two 1.45 MW generators and assumes a 90% electric drive system efficiency. 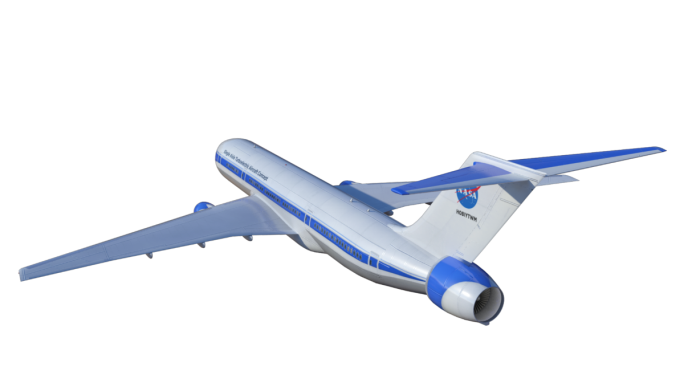 Small electric aircraft (2-4 passengers) are already being produced and sold, but significant technical challenges prevent scaling up the technology to commercial aviation. Technology gaps include the availability of flight-weight motors, generators and transmission lines. The National Academies of Sciences, Engineering, and Medicine recently released a report highlighting electrical-system component requirements for a broad range of hybrid and electric propulsion systems [6]. The table below summarizes key target metrics to make these systems viable.

To help identify technology solutions and opportunities to meet these targets, a workshop co-sponsored by the IEEE and the Grainger CEME was held in April, bringing together technical experts from academia, industry and the U.S. government, to generate a technology roadmap [7]. Breakout sessions focused on specific enabling technologies — Conventional Machines, Superconducting Machines, Power Electronics, New Materials, System Integration and Modeling Tools. Participants examined state-of-the-art and existing gaps in technologies. Working groups are continuing their discussions through smaller online and face-to-face meetings and plan to generate technology roadmaps and broadly publish their working documents. Tentatively, this group will check their progress in two years at a joint conference with relevant institutes.

In August, the American Institute of Aeronautics and Astronautics (AIAA) also hosted a workshop to define the technology advances required to realize electric and hybrid-electric propelled flight in civil and military aircraft. IEEE and other external experts were invited to help determine ways the AIAA could support the aerospace industry to identify R&D necessary for advances in more-electric aircraft in the near term, and the transition to hybrid electric and fully electric propulsion.

To complement progress being made in private industry, NASA’s AATT program has already sponsored a number of NASA Research Announcements on key long-term technologies, with several teams actively working to demonstrate subsystems in the next couple of years. These include:

The University of Illinois program is targeting very high specific power electrical machines and drives by increasing the operating frequencies (industry primarily uses 400Hz ac). The team is exploring ways to increase this by an order of magnitude and reduce the flux-per-pole by a corresponding factor to move from the traditional metal-intense design to a composite and silicon-intense design. Figure 3 shows a CAD model of a 1MW motor being developed. 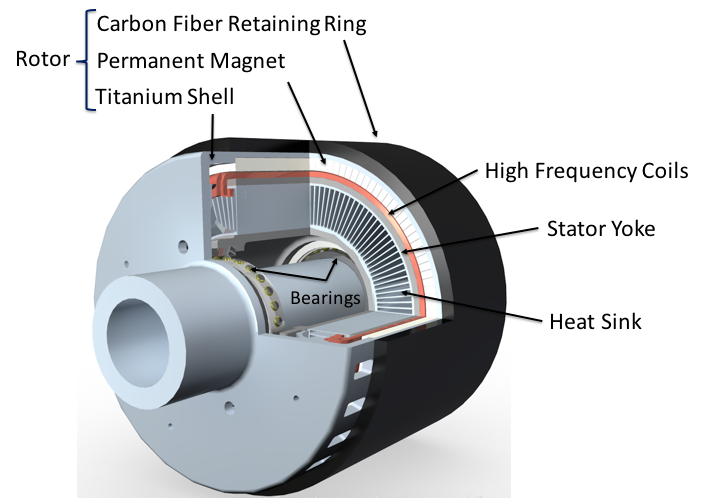 The motor consists of a high frequency slot-less armature winding, and an external rotor, Halbach array PM rotor with a composite retaining ring. By virtually eliminating iron and the related core losses that dominate at high frequencies, the efficiency, not including mechanical losses, exceeds 98%. The slot-less topology significantly reduces magnet losses, alleviating thermal management challenges, especially in extreme ambient conditions. The design must address higher ac and windage losses, reduced structural stiffness, and rotor dynamics challenges at high speeds. The impact of high dV/dt’s on coil insulation, fault tolerance, and ride-through capability must also be considered. When these challenges are overcome, the concept is projected to achieve specific power of over 8 hp/lb at 98% efficiency, enabling many of the applications listed above. A power electronics-based drive optimized for the low inductance armature, implemented with wide bandgap devices, is integrated with the motor. The high-frequency drive seeks to take advantage of the rapid pace at which power electronics technology is advancing, illustrated, for example, by the recent Google Littlebox Challenge. While these technologies must be customized and developed for the specific requirements of emerging aerospace applications, the trend is very promising.

Industry/Government/Academia partnerships are also being set up to explore system integration and protection. A concerted effort by a broad group of participants will be required to make electrification of commercial aviation a reality. The next decade promises to be an exciting time for both seasoned experts and new engineers joining this field!