The solar-to-wheel concept, an environment friendly solution for transport

MobyPost is a European project [1] including nine participants from four European countries, three of which are small and medium-sized enterprises. The project proposes to develop hybrid-electric vehicles powered by fuel cells for postal delivery applications as well as creating a local hydrogen production source and associated refueling station, all from a renewable primary energy source — the sun.  For that purpose, photovoltaic generators installed on industrial buildings roofs will be used to produce hydrogen by electrolysis on site. The basic element of this environmentally friendly and cutting edge project is the development of ten Fuel Cell Electrical Vehicles (FCEVs).  Tailor-made and designed for post-delivery use, they will be silent and only reject water produced during the conversion of hydrogen and oxygen into electricity by the embedded fuel cell.  The hydrogen produced from solar energy fed exclusively to the vehicle fuel cells allows postal delivery with zero emissions of any pollutants (figure 1).

For many years there have been different solutions proposed to use renewable energy as alternatives to fossil fuels. Electric vehicles are the most promising for short-term commercialization in the mass markets.  This is valid for ICE/electric hybrid vehicles as well as fully electric vehicles.  Fuel cell vehicles are more of a mid-term commercialization solution.  Compared to fuel vehicles, electric vehicles powered by onboard batteries show a low autonomy.  Furthermore, batteries weight and recharging times are significant barriers to smaller cars and the losses dues to battery charging and discharging are significant.

The MobyPost project aims to implement hydrogen and fuel cell technology developed locally in France and based on environmentally respectful strategies.  This will include significant experimentation enabling the viability of the technology and initiate its commercialization in Europe bringing new green jobs.   The goal of the project is to develop ten fuel cell powered vehicles for delivery from local postal sorting centers to recipients covering a restricted area within a 25 to 35 km radius around the postal center.

Academic research contribution in the project

Several research institutes are involved in the project; The University of Technology of Belfort-Montbeliard’s (UTBM) IRTES-SET laboratory, the French institute of science and technology for transport, development and networks (IFSTTAR) and finally the French CNRS research federation (FCLAB).   FCLAB is focused on developing the integration of fuel cell systems.  Located in Belfort, east frontier of France, the unique experimental facility of FCLAB is able to complete full scale testing of fuel cells in real-world operation conditions which mix functional mission profiles and environmental parameters like atmospheric conditions, vibrations, gas quality.  Based on these capabilities and skills, FCLAB develops research activities aimed notably at understanding the effect of real-life operating conditions on the durability of fuel cell systems and optimizing their integration in full scale devices such as the road vehicles. This knowledge base will help the private companies to develop a new transportation solution including several new and complex technologies such as fuel cells, hydride tanks for embedded hydrogen and entirely electronic supervision and control of the vehicle.

Thanks to its capabilities in electrical engineering, the Energy Design and Control team at the IRTES-SET laboratory is involved in the project for powertrain design, sizing and final integration in the vehicle prototype. IRTES-SET leads the working package N°2 dedicated to the modeling and simulation of the power train of the MobyPost vehicles taking into account the real drive cycles measured on the sites where the future vehicle will operate normally (in healthy operating mode) but also in the case of presence of defects in one or more elements of its power train (degraded operating mode). The research teams from UTBM support also the integration of power train in the vehicle after the sizing tasks through modeling and experimentation of the whole components (Fuel cell, batteries, motors, power converters, Energy management and Monitoring systems). 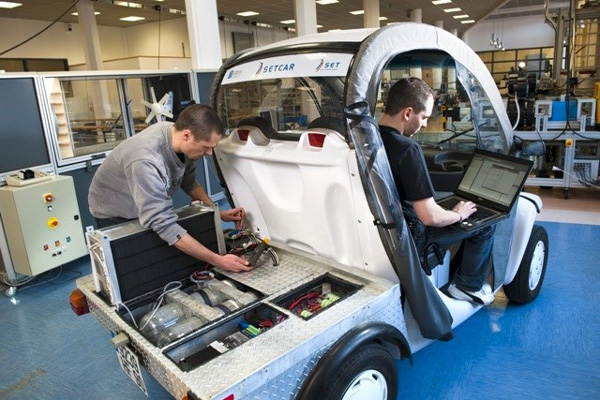 Figure 2: Hydrogen powertrain tests after its integration into a road vehicle by members of electrical engineering team of IRTES-SET

The second contribution of IRTES-SET is in the project concerns of ergonomic design and styling of the MobyPost vehicle. The aim is to design an appropriately styled vehicle for societal acceptability of the hydrogen vehicles but also to optimize the drive post agronomy according to the postmen’s daily movements during the postal delivery operation.  These tasks are performed through three main steps: 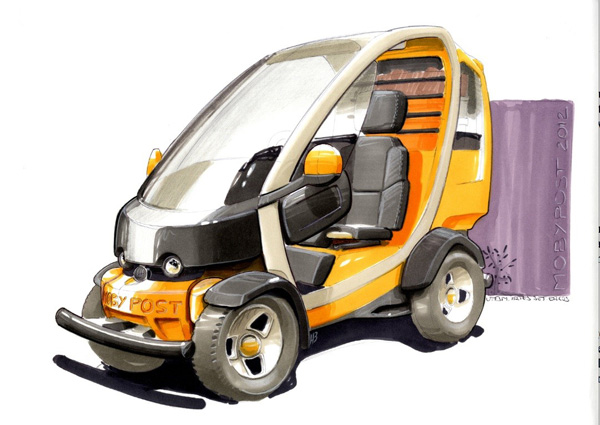 Figure 3: Model of the future vehicle MobyPost – Designed by ergonomic design team of the laboratory IRTES-SET

[1] Mopypost is co-financed by European funds from the Fuel Cells and Hydrogen Joint Undertaking under FCH-JU-2009-1 Grant Agreement Number 256834 http://mobypost-project.eu/

Currently, he is an Associate Professor of electrical engineering in the Systèmes et Transport (SET) laboratory at Université de Technologie de Belfort-Montbéliard (UTBM), France. His research interests include modeling and design of fuel cells and electric vehicle’s drivetrains. Since 2005 he developed his main researches on machine’s fault modeling (short-circuit, demagnetization, eccentricity), diagnosis and availability of fuel cell and electric drivetrains in electric vehicles by combining the experimental and theoretical approaches. Since 2012, he is vice director of the CNRS research federation FCLAB working on developing new applications of fuel cells and hydrogen technology.