In February 2020, the Georgia Power Company commercialized a one-megawatt solar array directly adjacent to the southbound lanes of Interstate 85, at the off-ramp of Exit 14, in LaGrange, GA. 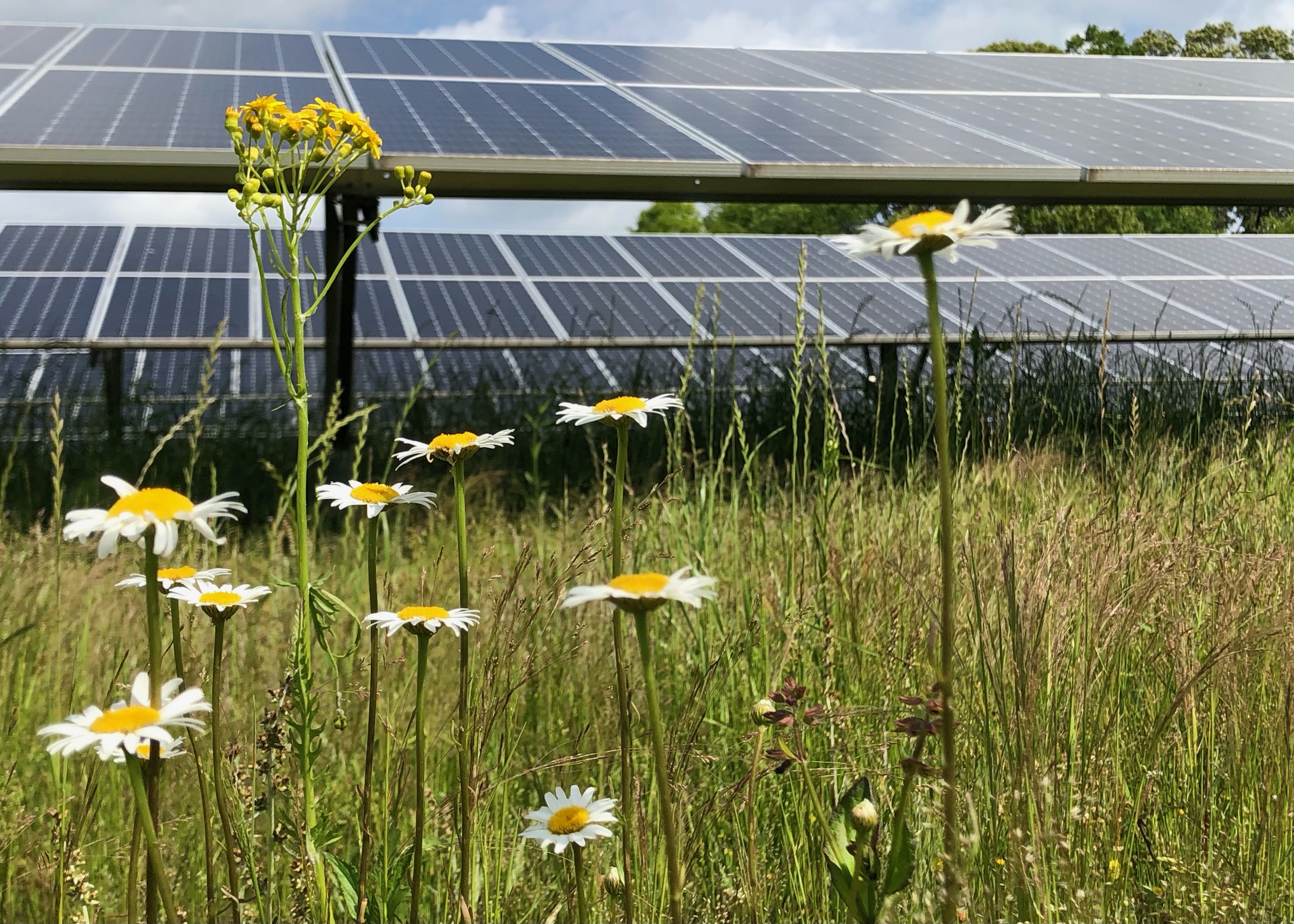 The project developed deliberately along a stretch of Georgia interstate known as “The Ray Highway,” is the third in the nation to utilize the interstate property for renewable energy generation. The 2,600 ground-mounted solar panels on just over four acres of “right-of-way” (ROW) also pilots the use of native, flowering plants as ground cover within the solar array, making Georgia the first in the nation to install pollinator-friendly ROW solar.

Currently, The Ray is supporting transportation operators in several other states to develop similar projects on their own ROW, including siting, planning, and technical assistance with procurement and deal structure. According to an analysis performed by The Ray and the Webber Energy Group at the University of Texas, more than 52,000 acres at exits across the country are available now for solar development and could support up to nearly 36 TWh of clean energy - enough to charge 12 million passenger electric vehicles (EVs) annually. In an expansion on this analysis, The Ray and Esri have partnered to create a sophisticated ROW solar mapping tool that includes advanced 3D modeling, solar radiation calculations based on topography and vegetation, digital twins, and viewshed analysis. This powerful tool will be used for faster and more precise analysis of ROW solar PV installation suitability and economic value.

It’s an interesting connection: 18.7 million passenger EVs are expected to be on the roads in the U.S. by 2030. But the existing electricity grid is underpowered to meet the demand of our future transportation energy needs - fleets of electrified freight and delivery vehicles, in addition to passenger vehicles. For example, a single one-megawatt charger for a semi-truck will draw the same amount of power as 900 American homes, and we’ll need multiple of these chargers proximate to the interstate to meet that demand. Due to grid capacity limitations, land-use issues, and public opposition, expanding the existing electricity grid can be more challenging than simply generating more power or adding more lines. In fact, American investment in regionally-planned transmission has plunged by 50 percent, and almost no new interregional lines have been planned.

The Ray and NGI Consulting are working to resolve these barriers through the NextGen Highways program - co-locating clean energy transmission and communications infrastructure buried along the highway roadside - to fully and efficiently facilitate the electric sector’s transition to renewable energy, and the transportation sector’s transition to zero-emission vehicles. The initiative was recently awarded funding from the Energy Foundation and the McKnight Foundation to advance NextGen Highways from the concept to the planning phase.

In fact, burying modern, high voltage direct current (HVDC) transmission lines along interstates increases the security and resilience of our grid, and creates a high capacity, fast-moving, coast-to-coast market for balancing and delivering renewable energy resources, at a cost-saving. The National Renewable Energy Laboratory (NREL) found that every dollar invested in national HVDC grid infrastructure generates one to two dollars of net benefit to Americans through lower energy costs.

In the interim, building solar-powered EV charging at interstate rest areas and truck parking can relieve some of this growing pressure on the grid, and supports electrified transportation while buying time to plan and build new transmission. Solar-powered EV charging, known as PV4EV, is a shovel-ready solution. The Ray first demonstrated PV4EV in 2015 at an interstate rest area on The Ray Highway at the Georgia-Alabama state line. A dozen solar panels provide supplemental energy to a grid-connected, 175kW EV charger - one of the fastest chargers proximate to the interstate in the entire nation.

The next evolution of PV4EV connects roadside solar arrays and battery storage directly to high-powered EV charging depots - or even dynamic, wireless in-road charging - for medium and heavy-duty vehicles. Using energy close to where it is generated creates a highly efficient system by avoiding transmission and conversion losses, and offers an enhanced level of resiliency not available from our existing grid. 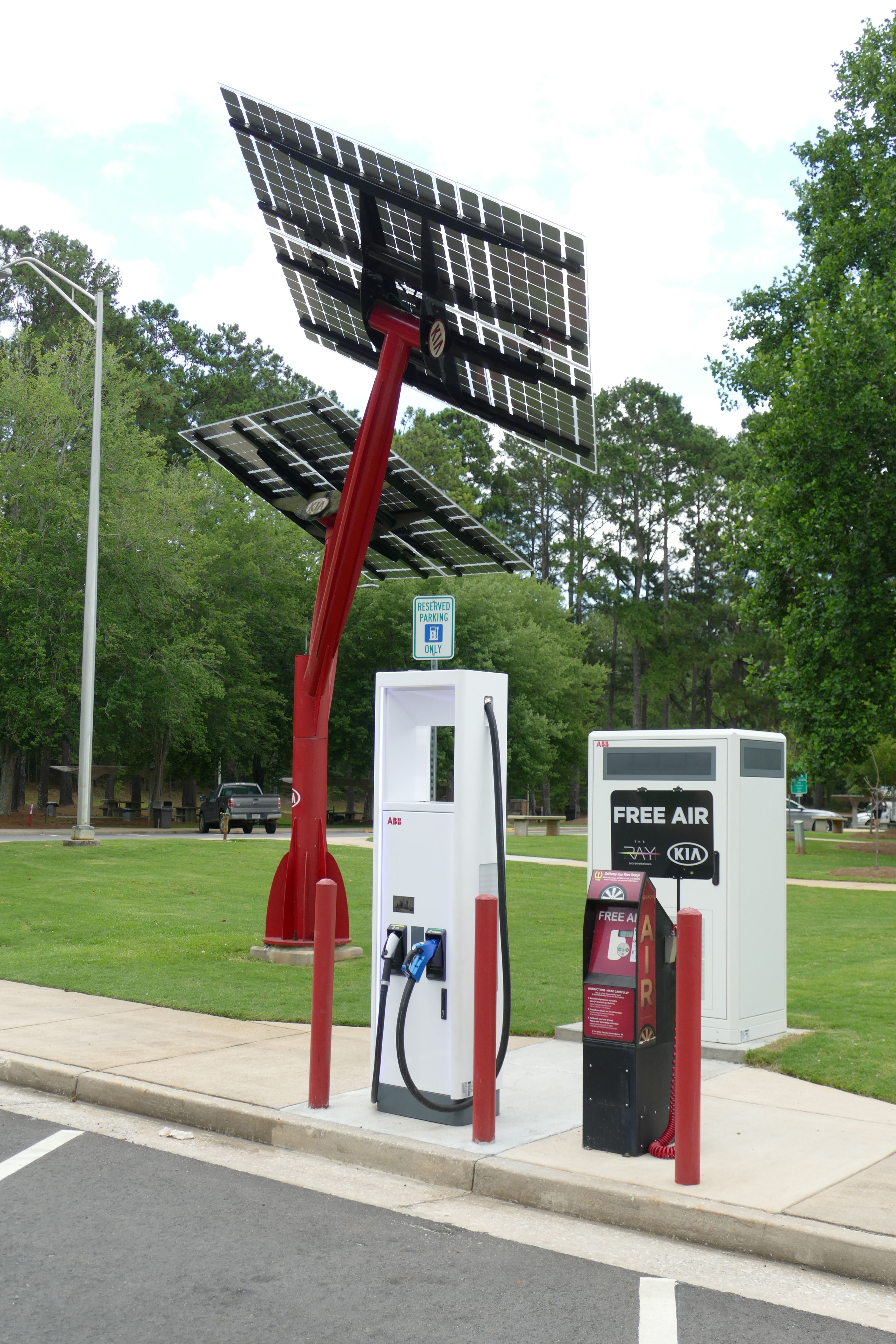 This may be a new idea in the U.S., but investment in the UK and EU is chasing so-called “EV forecourts.' Case in point, GRIDSERVE recently opened a commercial EV forecourt featuring 36 high-powered chargers, at rates as high as 350kW, supported by solar panels and 6MWh of battery storage. They plan to build 100 of these stations across the UK alone.

Two recent publications related to The Ray - “Transportation + Energy: Smart Powered Highways,” and “Next Generation Highways: Co-Locating the Transport of Vehicles, Energy, and Information” - highlight the critical gap between the future energy demand of electrified transportation at scale, and the capacity of the existing electricity grid to meet the demand. Both publications identify the ROW as a publicly-owned asset laid out in a natural grid system and outline a strategic framework that connects the energy needs of transportation, as well as the energy needs of the communities that the interstate physically connects.

The publicly-owned ROW along interstates and major highways presents not one but two opportunities that link the energy and transportation sectors:

About The Ray
The Ray is a 501(c)(3) nonprofit charity and living highway testbed, located on Georgia's I-85 between LaGrange and the Alabama state line. It begins with an 18-mile stretch of interstate named in memory of Ray C. Anderson (1934-2011), a Georgia native recognized as a leader in green business when he challenged his company, Interface, Inc., to pursue a zero environmental footprint. The Ray Highway testbed is paving the way for a zero-carbon, zero waste, zero death highway system to build a safer and more prosperous future for all. Learn more at www.TheRay.org.